Cart …
View basket “When Trouble Sleeps” has been added to your basket. 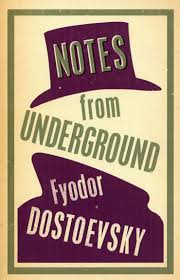 Includes pictures and section on Dostoevsky’s life and works   The unnamed narrator of the novel, a former government official, has decided to retire from the world and lead a life of inactivity and contemplation. His fiercely bitter, cynical, and witty monologue ranges from general observations and philosophical musings to memorable scenes from his own life, including his obsessive plans to exact revenge on an officer who has shown him disrespect and a dramatic encounter with a prostitute.

Seen by many as the first existentialist novel and showcasing the best of Dostoevsky’s dry humor, Notes from Underground was a pivotal moment in the development of modern literature and has inspired countless novelists, thinkers, and filmmakers.

It was translated into English by Kyril Zinovieff and Jenny Hughes.

Be the first to review “Notes from Underground” Cancel reply