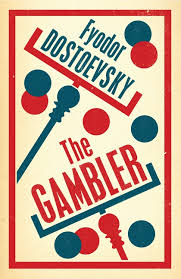 Includes pictures and an extensive section on Dostoevsky’s life and works   Inspired by Dostoevsky’s own gambling addiction and written under pressure in order to pay off his creditors and retain his rights to his literary legacy, The Gambler is set in the casino of the fictional German spa town of Roulettenburg and follows the misfortunes of the young tutor Alexei Ivanovich. As he succumbs to the temptations of the roulette table, he finds himself engaged in a battle of wills with Polina, the woman he unrequitedly loves.

Translated by Hugh Aplin into English and with an unforgettable cast of fellow gamblers and figures from European high society, this darkly comic novel of greed and self-destruction reveals Dostoevsky at his satirical and psychological best.

Be the first to review “The Gambler” Cancel reply