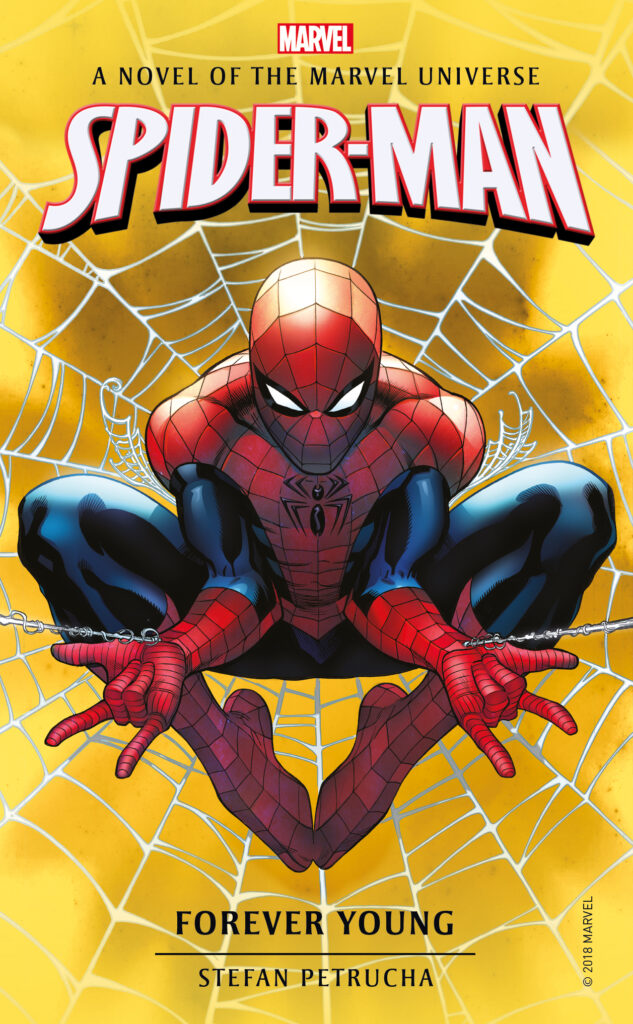 Take a swing through Spider-Man’s past!

Hoping to snag some rent-paying photos of his arachnid-like alter ego in action, Peter Parker goes looking for trouble—and finds it in the form of a mysterious, mythical stone tablet coveted by both the Kingpin and the Maggia.

Caught in the crosshairs of New York’s most nefarious villains, Peter also runs afoul of his friends—and the police! His girlfriend, Gwen Stacy, isn’t too happy with him, either. And the past comes back to haunt him years later when the Maggia’s assumed-dead leader resurfaces, still in pursuit of the troublesome tablet. Plus: With Aunt May at death’s door, has the ol’ Parker luck disappeared for good?

A novel based on the classic “Stone Tablet Saga,” adapted and expanded for the present day.