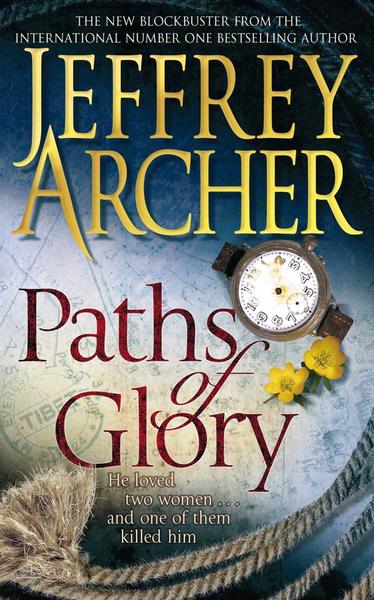 Inspired by a true story, Paths of Glory bring to life one of history’s enduringly enigmatic figures in a stunning novel from bestselling author Jeffrey Archer.

Some people have dreams that are so outrageous that if they were to achieve them, their place in history would be guaranteed. Francis Drake, Robert Scott, Percy Fawcett, Charles Lindbergh, Amy Johnson, Edmund Hillary and Neil Armstrong are among such individuals. But what if one man had such a dream, and when he’d fulfilled it, there was no proof that he had achieved his ambition?

Paths of Glory is the story of such a man. But not until you’ve turned the last page of Jeffrey Archer’s extraordinary novel, will you be able to decide if mountaineer George Mallory should be added to this list of legends, because if he were, another name would have to be removed.

Be the first to review “Paths of Glory” Cancel reply