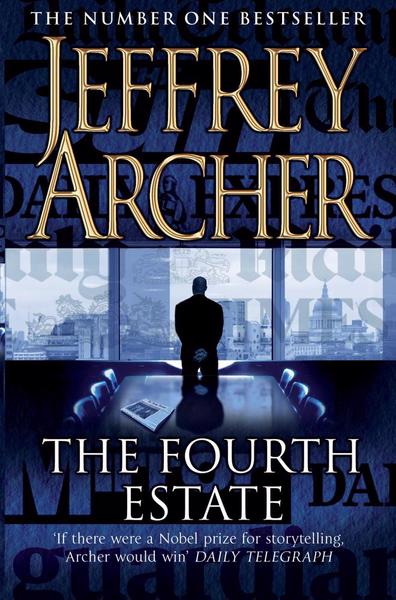 The world’s most powerful newspaper barons – which of them will triumph?

At first glance, Richard Armstrong and Keith Townsend seemed to have little in common. One was the son of an illiterate peasant, who emerged from the most backward corner of a Europe ravaged by a bitter war. The other was raised in a mansion on the far side of the world while the war was just another piece of news. One was a hustler, a thief, ready to change even his identity, if it would gain him a momentary advantage. The other was the scion of a well-known family, groomed for a public role, a rebel who didn’t care if anyone approved of what he got up to. One craved wealth, recognition, status. The other quickly discovered that real power comes from anonymity. But they did have one thing in common. Both of them were gamblers. Both were prepared to risk everything in their battle to control the biggest newspaper empire in the world.

From bestselling author Jeffrey Archer, The Fourth Estate is a tale of corruption, risk and two men who are willing to destroy each other to gain power.

Be the first to review “The Fourth Estate” Cancel reply