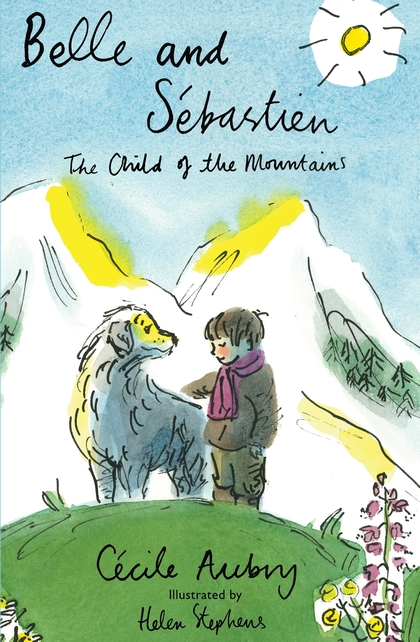 Belle & Sébastien: The Child of the Mountains

The son of a gypsy woman, Sébastien is found as a newborn baby in the Alps and brought up by César and his grandchildren Angélina and Jean. Born on the same day, Belle is a beautiful white Pyrenean Mountain Dog who has been neglected and passed on from owner to owner, until one day she escapes from a kennel. When Sébastien rescues the runaway Belle from the wrath of the villagers, the boy and the dog form a lifelong friendship and embark on exciting adventures in the mountains.

First published in 1965 to coincide with the internationally successful television series of the same name, Belle and Sébastien is a heart-warming story of camaraderie, adventure, and freedom.

This edition is illustrated by Helen Stephens and translated by Gregory Norminton.

Be the first to review “Belle & Sébastien: The Child of the Mountains” Cancel reply