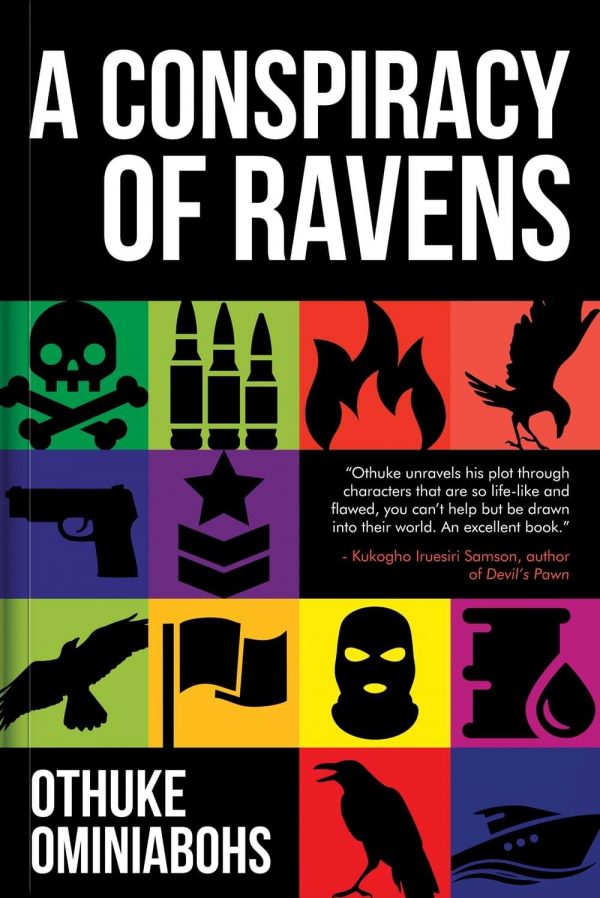 A Conspiracy of Ravens

In the Niger Delta creeks of Southern Nigeria, nine expatriates are being held hostage by militants fighting for control over the resources from their land. At the same time, a series of seemingly unconnected events rock the country.

Alex Randa, an agent of the Department of State Services, a celebrated hostage negotiator with a compelling record of successes is tasked by the president to secure the release of the hostages; and to also uncover the sponsors behind the militants. With nothing to go on but the phrase ‘Operation Raven’, her instincts, and three unlikely allies, Alex quickly learns that nothing is what it seems. Together, they must race against time to save not just the hostages but a nation on the brink of a bloody Civil War.

Othuke Ominiabohs’ second book, A Conspiracy of Ravens is a deftly woven tale of love and hate, patriots and traitors, and of heros and villains . . . A tour de force.

Be the first to review “A Conspiracy of Ravens” Cancel reply