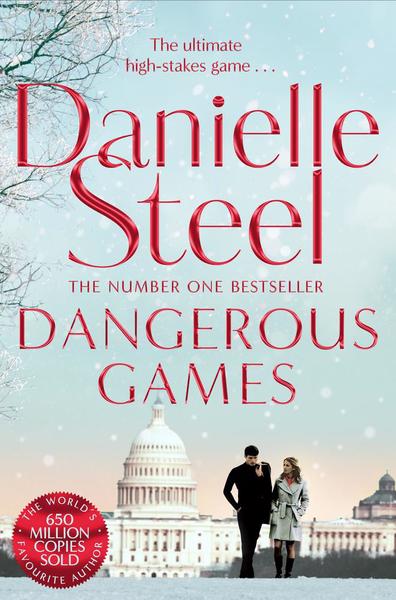 Danielle Steel tackles major political scandal and a power crisis in the White House in her gripping bestseller, Dangerous Games.

TV journalist Alix Phillips is always willing to put herself on the frontline for her job. All that matters is getting the story.

After a personal tragedy, only her beloved mother and daughter are allowed to get close. And her cameraman, Ben. Neither of them fears death – it’s love that is more terrifying.

When Alix’s boss suspects a major political scandal in the White House involving the Vice-President, he sends Alix to uncover the truth. This story could blow the corridors of power wide open, and this time Alix is feeling the heat.

But when Alix receives some shocking news, she must make a decision about where real happiness lies. Those she loves are at risk.

For someone who was never scared, Alix now realizes that the time has come to play some very dangerous games.

Be the first to review “Dangerous Games” Cancel reply