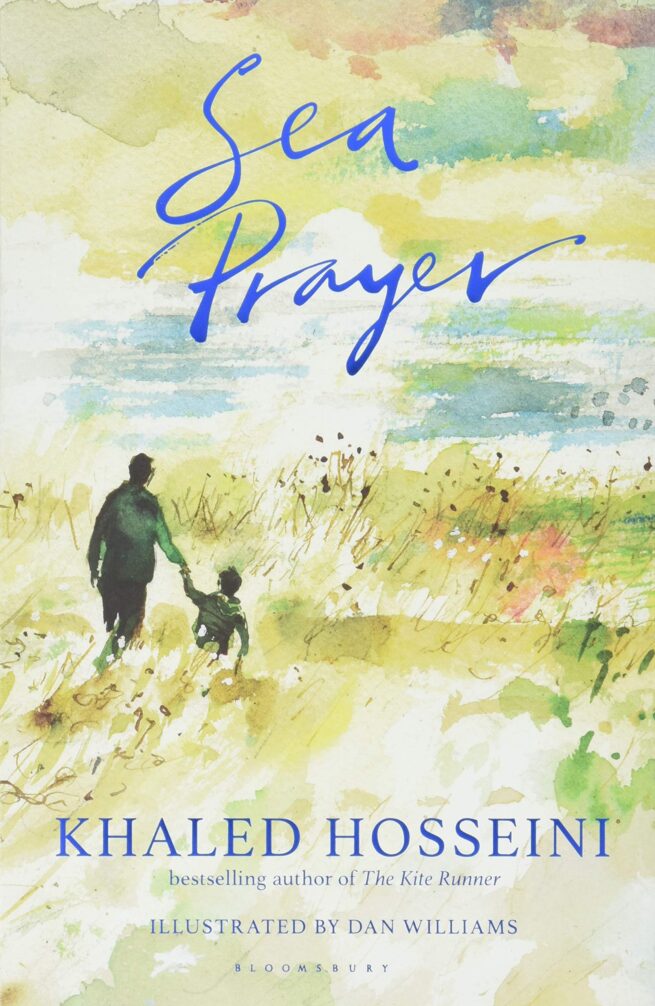 A deeply moving, gorgeously illustrated short story for people of all ages from the international bestselling author of The Kite Runner, brought to life by Dan Williams’s beautiful illustrations.

On a moonlit beach a father cradles his sleeping son as they wait for dawn to break and a boat to arrive. He speaks to his boy of the long summers of his childhood, recalling his grandfather’s house in Syria, the stirring of olive trees in the breeze, the bleating of his grandmother’s goat, the clanking of her cooking pots. And he remembers, too, the bustling city of Homs with its crowded lanes, its mosque and grand souk, in the days before the sky spat bombs and they had to flee. When the sun rises they and those around them will gather their possessions and embark on a perilous sea journey in search of a new home.

Illustrated by Dan Williams, a London-based artist whose illustrations accompanied an extract of A Thousand Splendid Suns in the Guardian when it was first published 15 years ago. His work has also appeared in National Geographic, Rolling Stone and the Wall Street Journal, amongst many other publications.

Be the first to review “Sea Prayer” Cancel reply