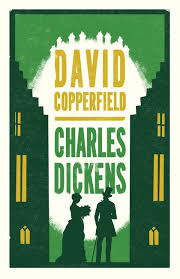 One of the most famous and celebrated Victorian coming-of-age novels, David Copperfield charts the adventures and vicissitudes of its eponymous hero’s life, from the misery of his childhood after his mother’s marriage to the tyrannical Mr Murdstone, through to his first steps as a writer and his search for love and happiness. Along the way he encounters a vast array of gloriously vivid characters – many of whom number among the most memorable in literature – such as the eccentric aunt Betsey Trotwood, the eloquent debtor Wilkins Micawber and the obsequious villain Uriah Heep.

Replete with comedy and tragedy in equal measure, and cited by Dickens as “his favourite child””, this partially autobiographical work provides tantalizing glimpses into Dickens’s own childhood and remains one of the most enduringly popular novels in the English language.

Be the first to review “David Copperfield” Cancel reply