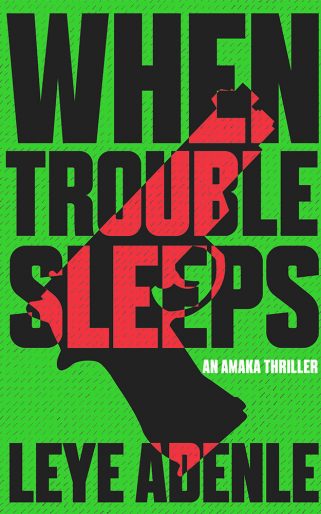 Amaka Mbadiwe returns in this gripping sequel to the award-winning Easy Motion Tourist, and trouble isn’t far behind her. The self-appointed saviour of Lagos’ sex workers, Amaka may have bitten off more than she can chew this time as she finds herself embroiled in a political scandal. When a plane crash kills the state gubernatorial candidate, the party picks a replacement who is assured of winning the election: Chief Ojo. But Amaka knows the skeletons that lurk in Chief Ojo’s closet, including what took place at the Harem, the secret sex club on the outskirts of Lagos that he frequents.

Amaka is the only person standing between Chief Ojo and election victory, and he sends hired guns Malik and Shehu after her. Caught in a game of survival, against a backdrop of corruption, violence, sex and sleaze, Amaka must find a way to outwit her bloodthirsty adversaries.

Leye Adenle pulls back the curtain on the seedy underbelly of Lagos once again in this gritty and compelling thriller.

Be the first to review “When Trouble Sleeps” Cancel reply