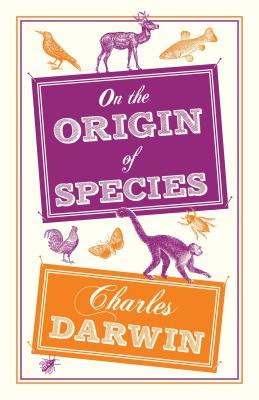 On the Origin of Species

When Darwin set sail at the end of 1831, it was only with a vague notion that all life forms, both present and extinct, were more strongly related than the Christian version of the world’s creation purported them to be. During his five-year voyage of research and discovery on board HMS Beagle, and later from his home in Kent, he painstakingly collected a mass of evidence from across the planet – from Paraguay and the Galapagos Islands to Staffordshire and Scotland – building a compelling case for a theory that would change the world we live in – and the way we look at it – for ever.

The foundation of evolutionary biology and natural selection – which prompted as huge a revolution in the fields of science and religion as Copernicus’s heliocentric model of the universe and Newton’s law of gravity, Darwin’s On the Origin of Species is perhaps the most important book of scientific observation ever written.