Cart …
View basket “The Kite Runner” has been added to your basket. 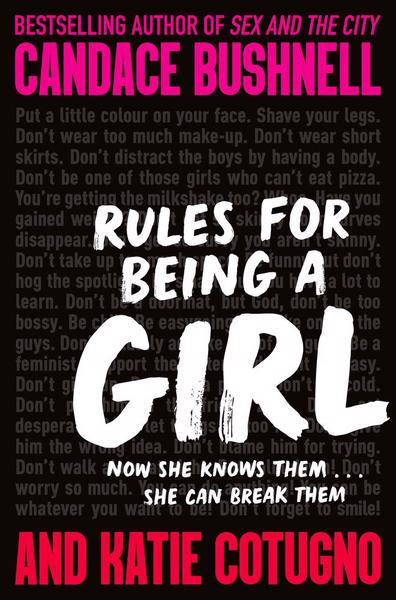 Rules for Being a Girl

From Katie Cotugno and author of Sex and the City Candace Bushnell comes this fierce and feisty exploration of feminism: standing up, speaking out and rewriting the rules.

Don’t be easy. Don’t give it up. Don’t be a prude. Don’t be cold. Don’t put him in the friendzone. Don’t act desperate. Don’t let things go too far. Don’t give him the wrong idea. Don’t blame him for trying. Don’t walk alone at night. But calm down! Don’t worry so much. Smile!

Marin is a smart, driven, popular girl – she’s headed for Brown when she graduates and has a brilliant career as a journalist ahead of her. Especially in the eyes of English teacher Mr Beckett. He spends a lot of time around Marin, and she thinks it’s harmless . . . until he kisses her.

No one believes Marin when she tells them what happened, so she does the only thing she can: she writes an article called ‘Rules for Being a Girl’ for the school paper to point out the misogyny and sexism that girls face every day. As things heat up at school and in her personal life, Marin must figure out how to take back the power and rewrite her own rules.