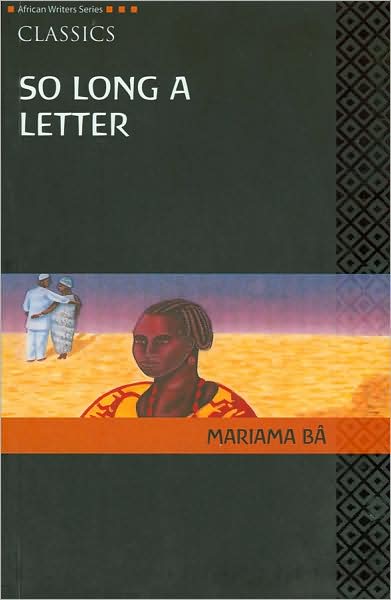 So Long a Letter

This novel is a perceptive testimony to the plight of articulate women who live in social milieux dominated by attitudes and values that deny them their proper place. It is a sequence of reminiscences, some wistful, some bitter, recounted by a recently widowed Senegalese school teacher. The letter, addressed to an old friend, is a record of her emotional struggle for survival after her husband’s abrupt decision to take a second wife. Although his action is sanctioned by Islam, it is a calculated betrayal of his wife’s trust and a brutal rejection of their life together.

Written by Mariama Ba and translated from the French by Modupe Bode-Thomas, So Long a Letter won the first Noma Award for Publishing in Africa, and was recognised as one of Africa’s 100 Best Books of the 20th Century in an initiative organised by the Zimbabwe International Book Fair.

Be the first to review “So Long a Letter” Cancel reply