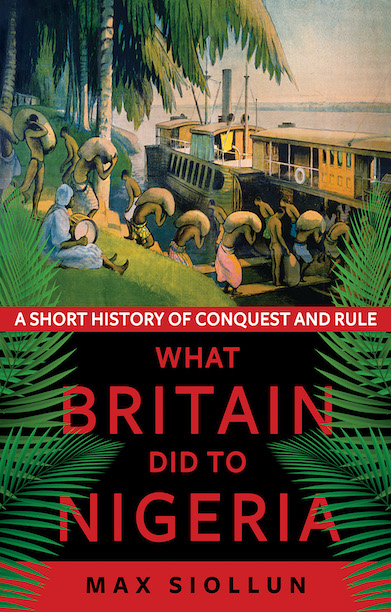 What Britain Did to Nigeria: A Short History of Conquest and Rule

An exposé of the British Empire’s shameful impact on Africa’s most populous state.

Most accounts of Nigeria’s colonisation were written by British officials, presenting it as a noble civilising mission to rid Africans of barbaric superstition and corrupt tribal leadership. Thanks to this skewed writing of history, many Nigerians today still have Empire nostalgia and view the colonial period through rose-tinted glasses.

Max Siollun offers a bold rethink: an unromanticised history, arguing compellingly that colonialism had few benevolent intentions, but many unjust outcomes. It may have ended slavery and human sacrifice, but it was accompanied by extreme violence; ethnic and religious identity were cynically exploited to maintain control, while the forceful remoulding of longstanding legal and social practices permanently altered the culture and internal politics of indigenous communities. The aftershocks of this colonial meddling are still being felt decades after independence. Popular narratives often suggest that the economic and political turmoil are homegrown, but the reality is that Britain created many of Nigeria’s crises, and has left them behind for Nigerians to resolve.

This is a definitive, head-on confrontation with Nigeria’s experience under British rule, showing how it forever changed the country—perhaps cataclysmically.

Be the first to review “What Britain Did to Nigeria: A Short History of Conquest and Rule” Cancel reply