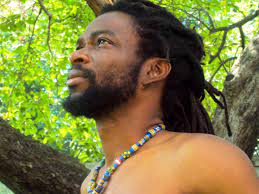 Heat in Nigeria is ‘like a second skin.’ It reminds me of Beautiful Nubia’s song, Seven Lifes.

Creations are endowed with the ability to adapt to any environment they’ve been brought up in, no matter how tough it is. This ability is found in all creatures: animals, plants and humans. Take another creature of the same species to that location and it may be hard for it to survive there.

But there’s a unique ability that makes it possible for Nigerians to adapt to some of the hardest weather and living conditions humans face today. And which makes it less difficult for us to live and thrive in many other parts of the world.

Because of that, you can agree with Beautiful Nubia that an average Nigerian has seven lives.

As Nigerians, our seven lives are expressed in different ramifications. I’ll mention just a few here. You can add in the comment section the ones that come up in your mind.

The leadership is riddled with self-centeredness and greed. The basic amenities that make life convenient for the people aren’t in place. Because of this, the people have learned not to expect much—or anything at all—from the government. We’ve developed six extra lives to handle this and provide for ourselves the needs the government fails to provide.

And where it’s beyond the people’s ability, we ‘watch and pray.’

Other times, we go to the ugly extent of expecting rich individuals and successful religious leaders to make provision for some of these needs, such as repairing bad roads and making food and water available for the poor, as if it’s their duty.

Anyway, the truth herein is that we’ve learned to survive by all means. Even though the security system is handled with laxity and inefficiency, we survive. And while the health system is riddled with tales and acts of unprofessionalism, lack of quality health care provision and lack of necessary equipment, we live.

The academic environment is a place where teachers and lecturers lord it over their students. And this is always possible because the system designs students to be at the mercy of their teachers.

But students have also developed six more lives to cope in these environments. While teachers and lecturers sexually hunt their female students as though a lion after an innocent prey, girls also go to the extent of enticing their lecturers to have sex with them just to win their favor and get marks conveniently without having to study.

The system, the curriculum and the teachers are mountaintops every student must climb. The mountains are high, so it behoves every student to use their seven lifetimes in climbing. Through many falling and rising, through failing for no legal cause and trying again, seven lives are enough for students to climb these academic mountains and graduate.

But one life? I’m not sure.

Even though foreign religions have taken preeminence in Nigeria over the traditional ones, we take religion differently here than the foreign owners themselves do.

Of course, we have a Nigerian way of acculturating anything foreign, such as language, food, dressing and music. And we don’t disappoint with religion too.

With seven lives, you know how to keep yourself according to your faith so you don’t fall prey to the numberless predators that roam the street at every point in time. You’ve got to arm yourself with spiritual charms in order not to fall victim to the health and security systems’ inadequacies.

Culture has been mixed with religion and there’s not much difference anymore. The western culture has also mixed with ours so much that we hardly recognise which one is ours or not anymore.

We need seven lives to navigate the complexities of our culture or we’ll falter. Growing up and schooling in an environment of people with different backgrounds, languages and culture is an opportunity for a child to develop her seven lives, which is needed to cope with the insanity and bullying that bedeck the street on a daily basis.

Just like many other Nigerians, I came from a family where you’re not allowed to wear trousers as a female or leave your hair uncovered in the house. You cannot keep a beard as a man, nor can you talk or walk with a woman without raising insinuations. Your steps are watched delicately and consistently. Every bad thing that happens is a result of your sin.

Twice, my parents didn’t allow me to go to ‘their’ church because they believed my beard would make me appear to their church members as though they’ve failed as parents and ministers.

By all means, culture and religion have taught me not to disobey them. So I swallow some of the bitter pills of their parenting style and only say ‘no’ when I can. By the way, I love my parents because they have good hearts. They just don’t know better.

And sincerely, it doesn’t kill for me to bend my will and emotion here and there to avoid getting my parents angry. I also remind myself always that I’m going to have children, and no matter how much I try, our perspectives on some things will always be different. I wouldn’t want them to treat me as an outcast either.

So I live my seven lives depending on where I am at every moment. It doesn’t mean I’m hypocritical or unstable. I just need different hats for every situation I’m in.