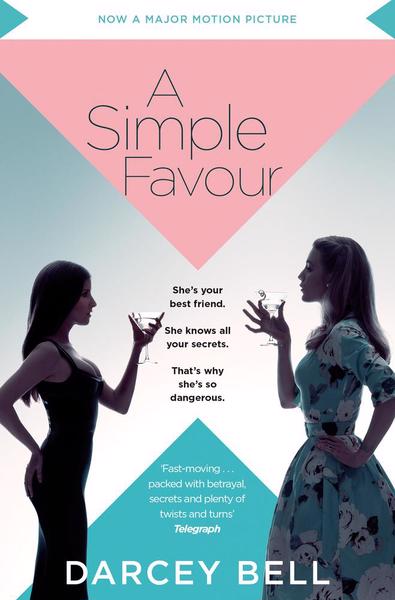 Now a major film starring Anna Kendrick and Blake Lively as a pair of mismatched best friends, each with something to hide . . .

‘Packed with betrayal, secrets and plenty of twists and turns’ – Telegraph

What happened to Emily?

When her best friend, Emily, asks Stephanie to pick up her son from school she agrees happily.

Their children are classmates and best friends. And five-year-olds love being together – just like she and Emily. As a widow and stay-at-home blogger mum living in suburban Connecticut, Stephanie was lonely until she met Emily, a glamorous and successful PR executive.

The trouble is that Emily doesn’t come back. No matter what the police say, Stephanie knows that she would never leave her son. Terrified, she reaches out to her fellow mummy bloggers.

And she also reaches out to Emily’s husband – just to offer her support.

What Stephanie hasn’t shared are the secrets buried in a murky past.

For fans of Gone Girl and Big Little Lies, A Simple Favour by Darcey Bell ratchets up the tension in a taut, unsettling, and completely absorbing thriller that holds you in its grip until the final page.

Be the first to review “A Simple Favour” Cancel reply