Cart …
View basket “RUMI – PAST AND PRESENT, EAST AND WEST THE LIFE, TEACHINGS, AND POETRY OF JALAL AL-DIN RUMI” has been added to your basket. 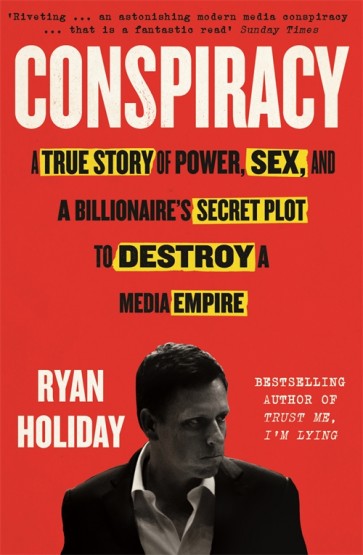 A True Story of Power, Sex, and a Billionaire’s Secret Plot to Destroy a Media Empire

A unique account from behind the scenes of the case that rocked the media world – and the billionaire mastermind behind it.

Conspiracy theories are legion. Conspiracies are rare. And of the few that do exist, fewer are ever discovered, let alone explained. This story is the exception.

In 2016, media giant Gawker was forced to declare bankruptcy after a $140 million dollar judgment in court over an illegally recorded sex tape of Hulk Hogan. The case was no accident: it was the result of a nearly decade-long plot masterminded by Facebook and Paypal billionaire Peter Thiel.

With exclusive access to all the key players, Ryan Holiday takes us behind the scenes of this extraordinary and at times surreal story, and transforms the events into both a dissection of that controversial methodology – conspiracy – and an eye-opening cautionary tale on the use, abuse and consequences of power and secrecy in the modern age.

Be the first to review “Conspiracy” Cancel reply