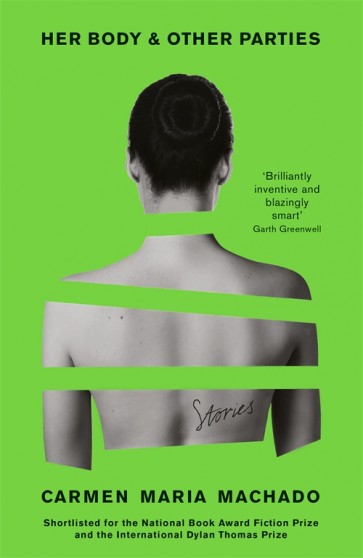 Her Body And Other Parties

A wife refuses her husband’s entreaties to remove the mysterious green ribbon from around her neck. A woman recounts her sexual encounters as a plague spreads across the earth. A salesclerk in a mall makes a horrifying discovery about a store’s dresses. One woman’s surgery-induced weight loss results in an unwanted house guest.
A dark, shimmering slice into womanhood, Her Body and Other Parties is wicked and exquisite.